Generation Occupy: The Demands May Not Be Televised, But Can They Still Be Heard?

Posted on December 5, 2011 by protestcamp

We live in an age where it is socially acceptable, if not encouraged, to camp out overnight for the opportunity to hand over $500 for the latest piece of mass produced technology. 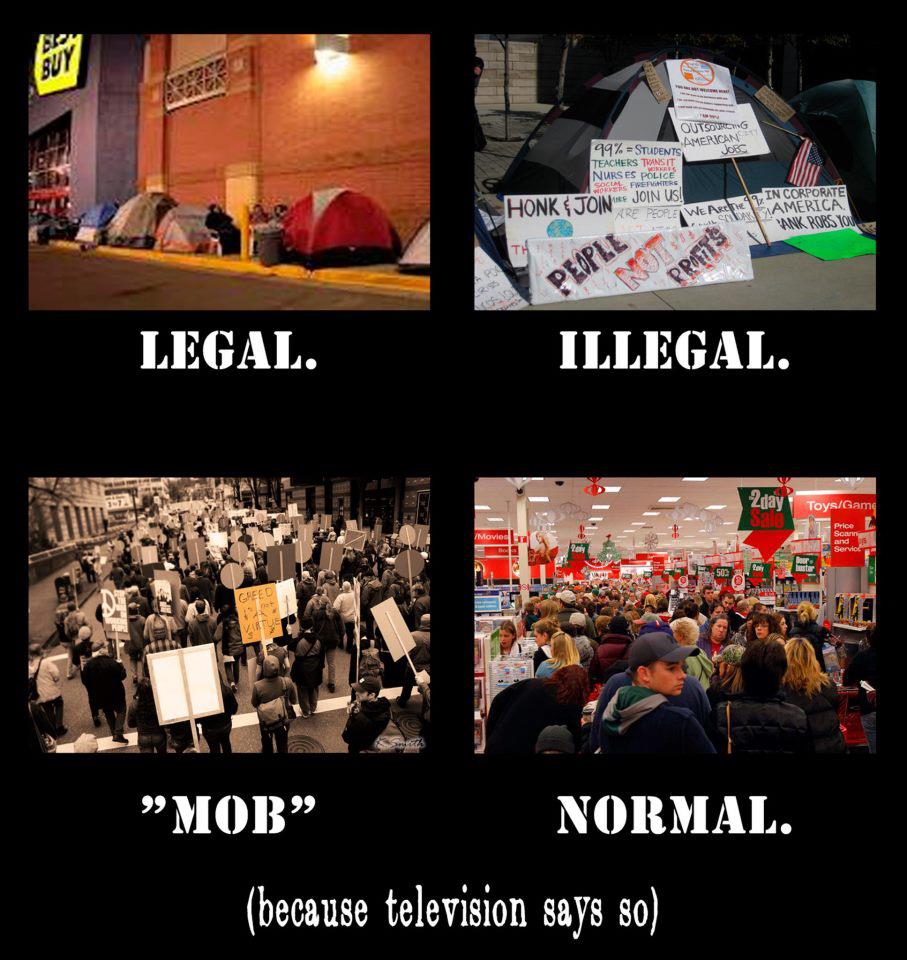 Pictures of technophiles and devotees ecstatically clutching the latest piece of electronics, many brandishing them over their head like they have just defeated Manny Pacquiao and received the Welterweight World Champion belt, are common place. In participating in what is effectively a globally managed advertising event, one is portrayed as upstanding, committed consumer who wants to be at the forefront of technology.

Yet, contrast this to the media treatment one receives for sleeping outside for political purposes, especially purposes which may challenge consumer culture. You may also be portrayed as a diehard, but in this case a deviant diehard; an outsider; a security threat which only dissipates with the ‘peaceful’ conclusion–or more often, as we have seen across the Occupy Movement, in the forceful eviction–of your protest camp.

Initially, the mainstream media didn’t know how to cover the Occupy Wall Street Movement. With a leaderless structure, there were no spokespeople to turn to.  The Occupy Camps were seen as a free-for-all and there were largely efforts to cover the camps in a similar vein to the swinging 60s talking about “free love and liberalism” at the camps. More recently, a spat of articles has singled out the “free STD testing” as a consequence of that free love. The ‘dirty hippie’ theme has also appeared across international news coverage with repeated claims that protesters smell, defecate in the grass, and are junkies.

Covering the Occupy protest camps within the cultural frame of the rebellious and untidy 60s was a logic that the media (and its audiences) could understand. It is culturally familiar, not the least of which because the dissent and rebellion of this era has been continually remixed, repurposed and recommodified to sell goods such as blue jeans, perfume and sneakers. This commercial appropriation was perhaps best epitomised in the recent Levis ad campaign whose images of protesting in the streets were forced off the air following last summer’s London Riots.

The media also continues to have trouble figuring out what the “one demand” of the Occupy camps is. Even worse, most outlets have failed to grasp that there isn’t one! A shining exception to this rule is Matt Taibbi’s well written epiphany recently published by Rolling Stone entitled, “How I Stopped Worrying and Learned to Love the OWS Protests”

The failure of journalists to “get it” – to understand that there is no ‘one demand’ – is perhaps not their fault. The Occupy movement exists at a time where the complexities of global politics and international charitable campaigns are reduced by communication professionals so as to conform to the logic of media. For example, the 2005 Make Poverty History campaign condensed the solution to ending global poverty to three talking points, “Trade Justice”, “Drop the debt” and “More and ‘better’ aid’”.  Journalists could then use copy produced by communication specialists to construct stories and succinctly report on the “demands” of Make Poverty History.

The Occupy Movement does not have a team of transnational media professionals refining or pre-testing their key messages. Why? Because the type of system change envisioned by many in the Occupy movement is based on a rejection of the logic of media; a rejection of the limits imposed by sound-byte thinking and a dismissal of the idea that demands or desires must always be articulated so as to suit the logic of media.

At the same time, many Occupy activists do give voice to their ‘demands’ and these demands are varied. Critics  attempt to dismiss these varied critiques as a cacophony of desires unworthy of consideration because of their variation. Yet this is nothing more than a rhetorical strategy used to be dismissive of the movement by those who are keen to keep the current system and its disparities the way they are.

The current decline in media coverage of the movement points toward broader corporate interests in maintaining the status quo. With it’s three month anniversary less than two weeks away, the Occupy Movement is still in its infancy, yet teeters on the brink of disappearing from the news cycle. Despite the continuing on-the-ground growth of these global Occupy protests and the increasing public support for strike action, stories featuring the movement’s strengths are few and far between. Even the Daily Mail’s online readers’ poll showed wide support for the UK’s N30 protests, despite inflammatory front page news coverage slagging off the strikers. In light of ever more evidence of financial corruption from the banks and governments, it is unlikely that these issues will fall from people’s hearts as quickly as they may fall from the headlines.

If there is a ‘single’ message coming out of the Occupy Movement it is that the absence of a single message is ‘ok’. The failure to identify one issue as a ‘problem’ or agree upon one ‘demand’ is not a failure of the movement, but a failure of the system itself. The crisis of corporate consumer capitalism which we are witnessing has many different faces. The movement which has emerged to challenge this system has identified an equal number of problems and multiple demands.

While these demands may not be televised, there are a number of other channels through which they continue to spread–from social media to sidewalk seminars. If the recent successes of Occupy LSX are anything to go by, this movement may be growing in its permanent teeth. As a working group member of Occupy London Cinema wrote today:

“For anyone dismissive that Occupy London is achieving anything Giles Fraser, ex-canon of St Paul’s recently tweeted ‘Just had fascinating and open meeting with Ken Costa and people from Occupy. Occupy really has made whole new conversations possible.’ Church has offered Tent City University and information tent sanctuary on in church grounds if Corporation of London succeeds in banning all rough sleeping on corporation land around St Paul’s. Economics Working Group statement being debated tonight at general assembly. Occupy invited to meet with Financial Services Authority on Wednesday. Think Evening Standard’s attempts to portray camp as a bunch of junkies could backfire – occupy making waves and looks here to stay.”

Where the next stage of hard work begins will be in the connections made between social and economic demands for equality and justice, and in reversing the atomizing forces of consumerism. If one thing is becoming clear about the Occupy movement, it’s that the change must be in the process as much as in the outcomes. It is this potential for a movement to generate convergent, yet multiple demands that stands to define the Occupy Generation. 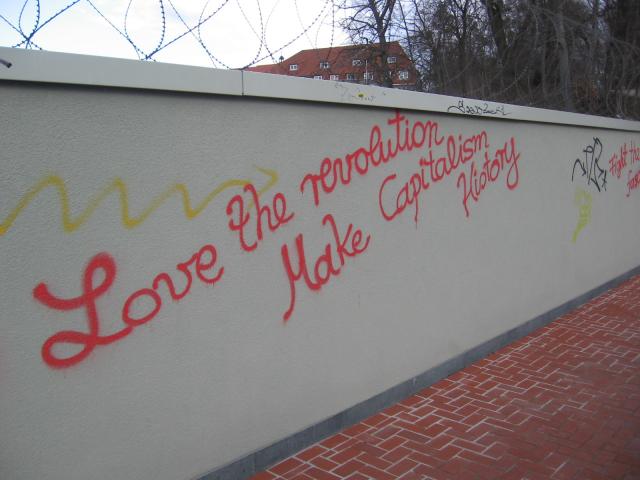