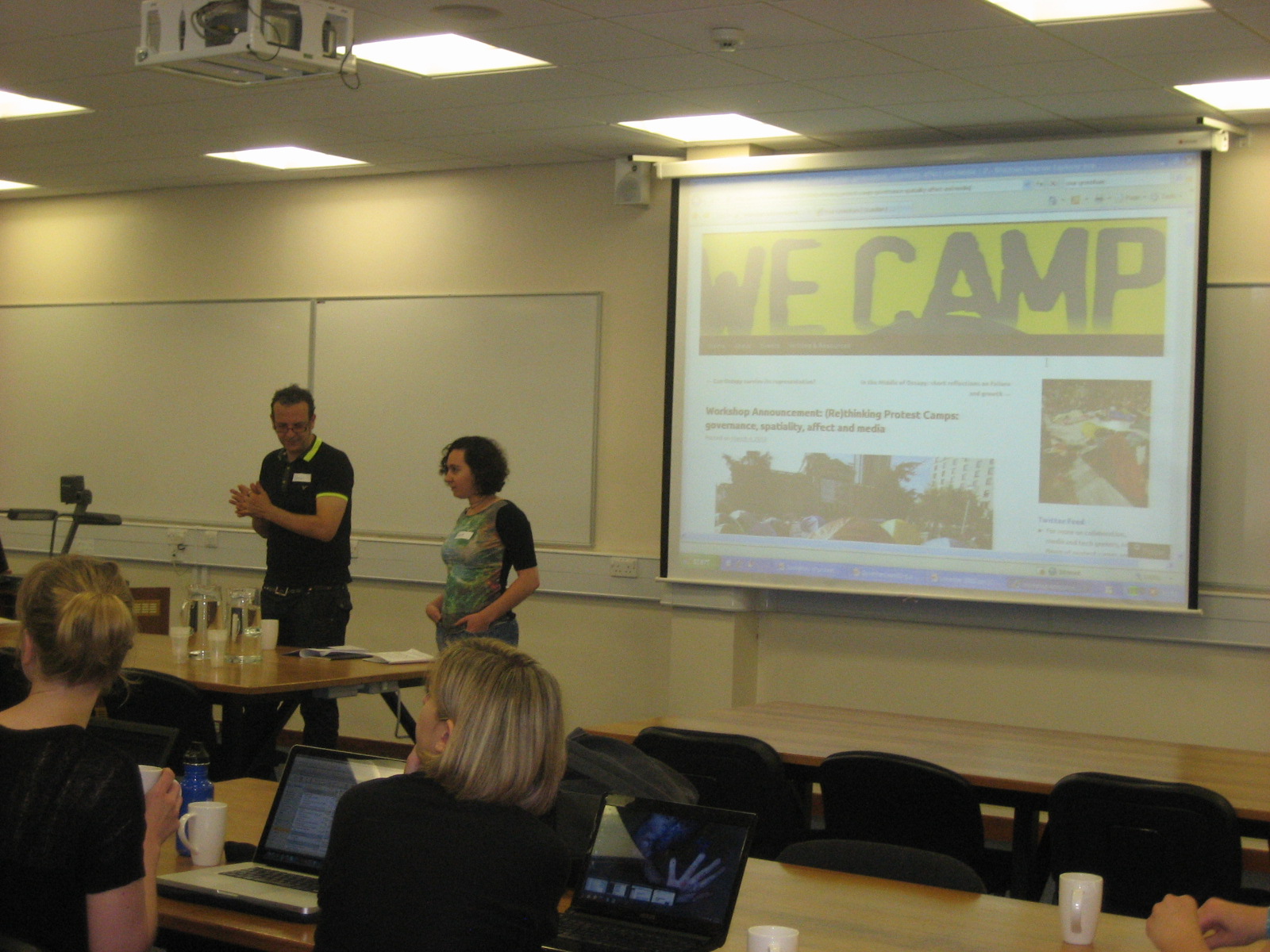 On the 26th June 2012 40 researchers and activists gathered at Leicester University for a one-day workshop on protest camp. It was jointly organised by the protest camp collective, the department of geography and the School of Management at the University of Leicester. 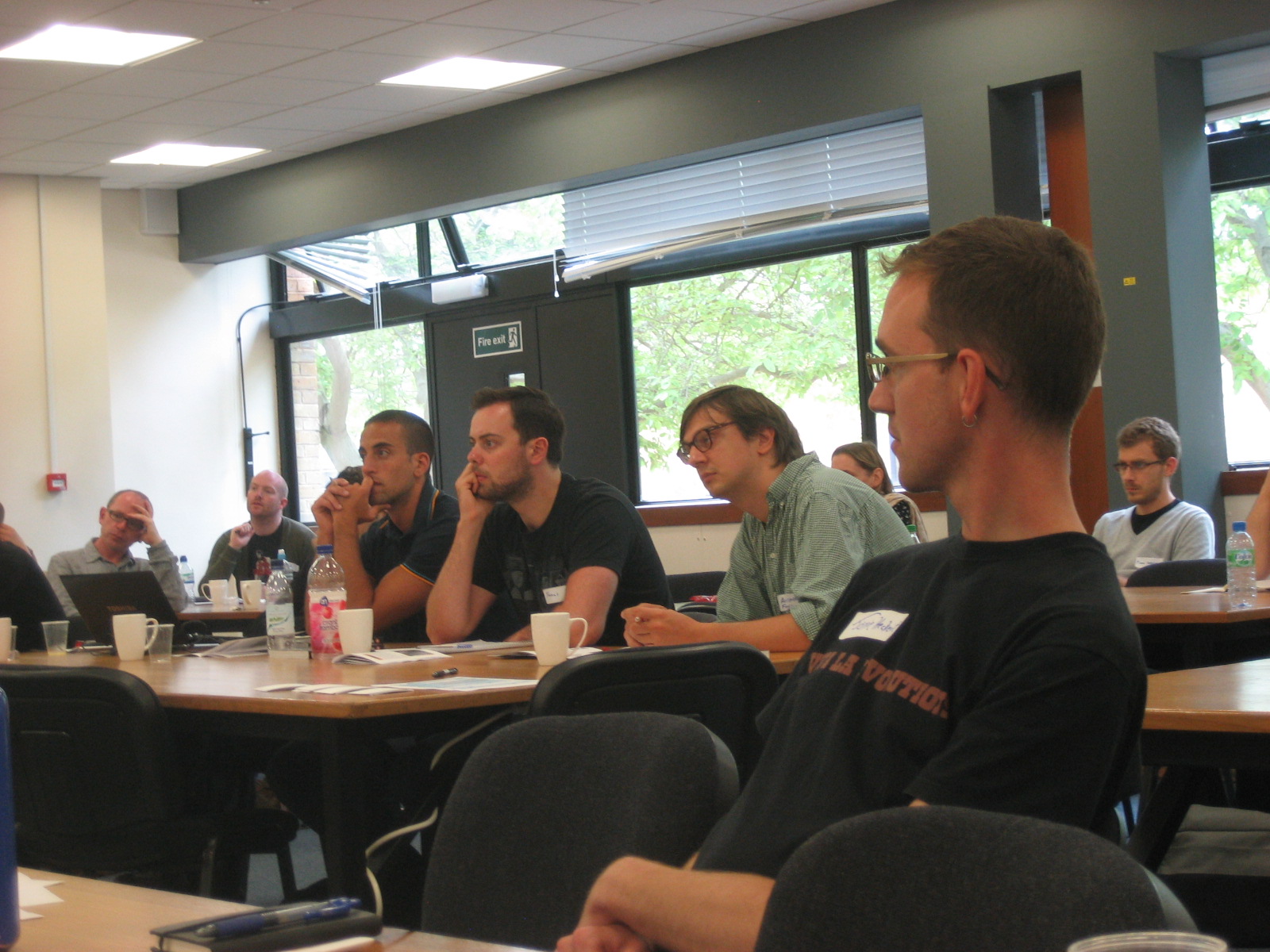 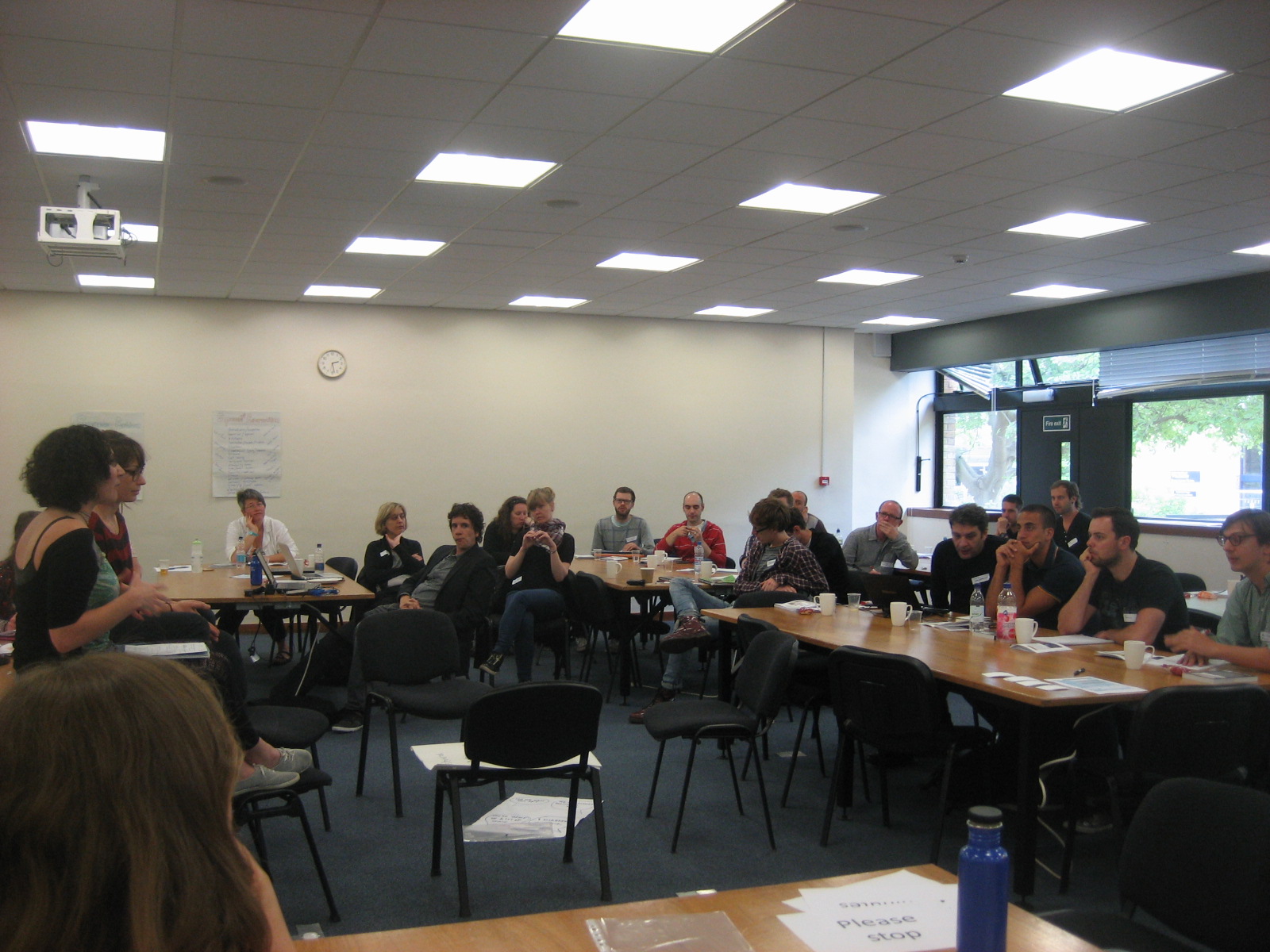 After a key note from Sasha Roseneil who presented her research on Greenham Common, four sessions discussed spatialitias, governance, affect and media in protest camps. 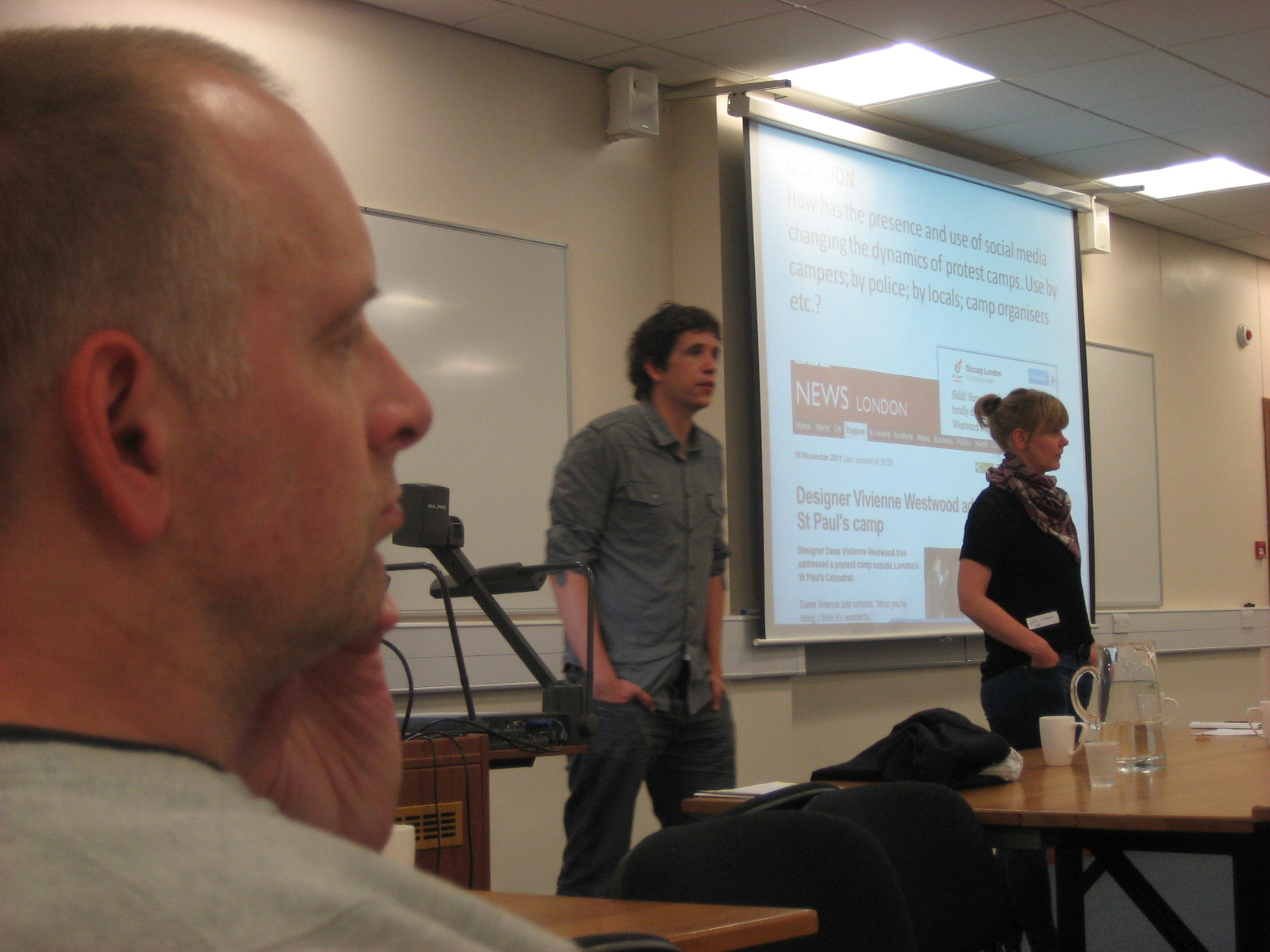 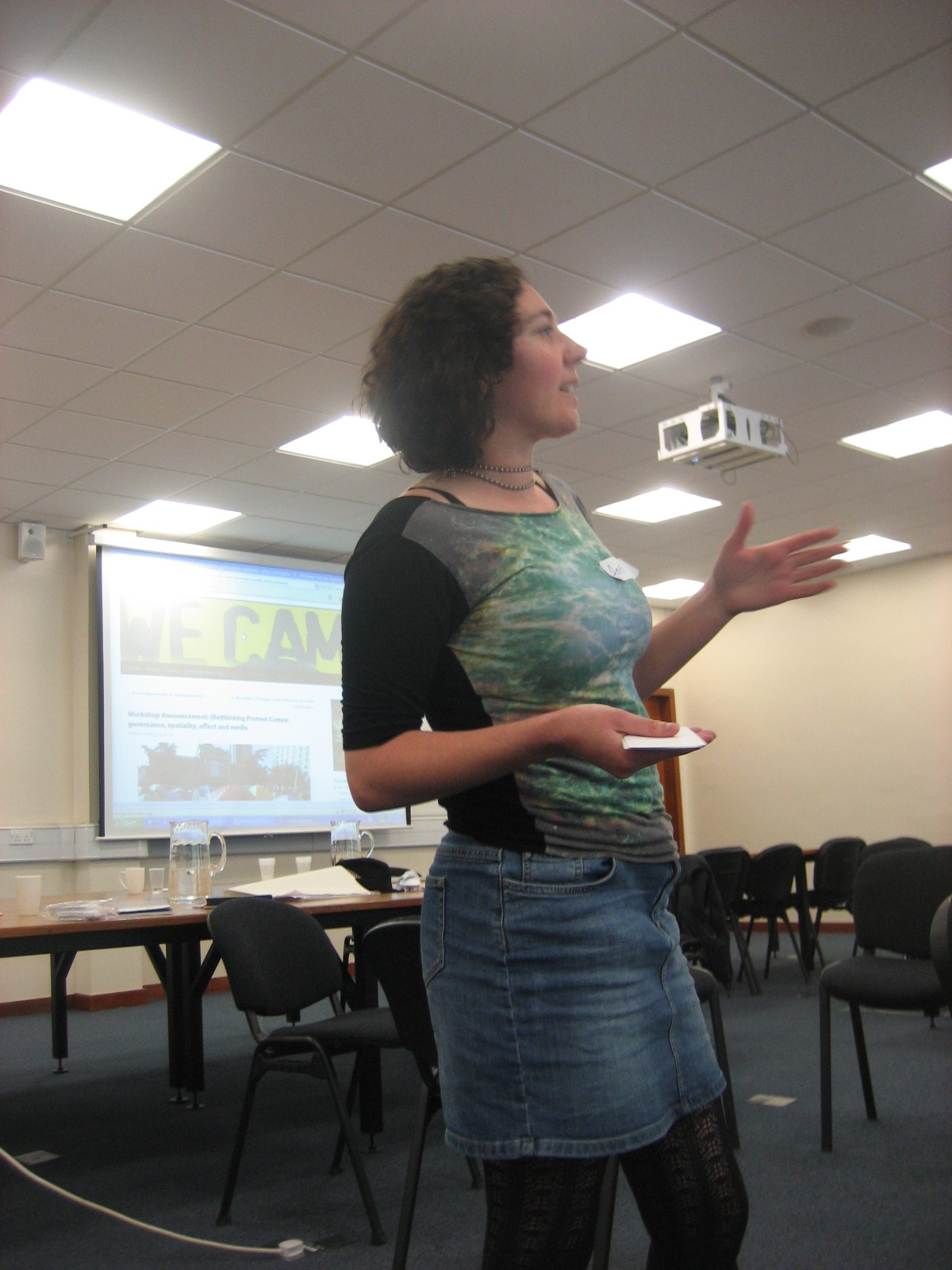 What came out of it?

A map as well as the infamous ‘concept soup’ 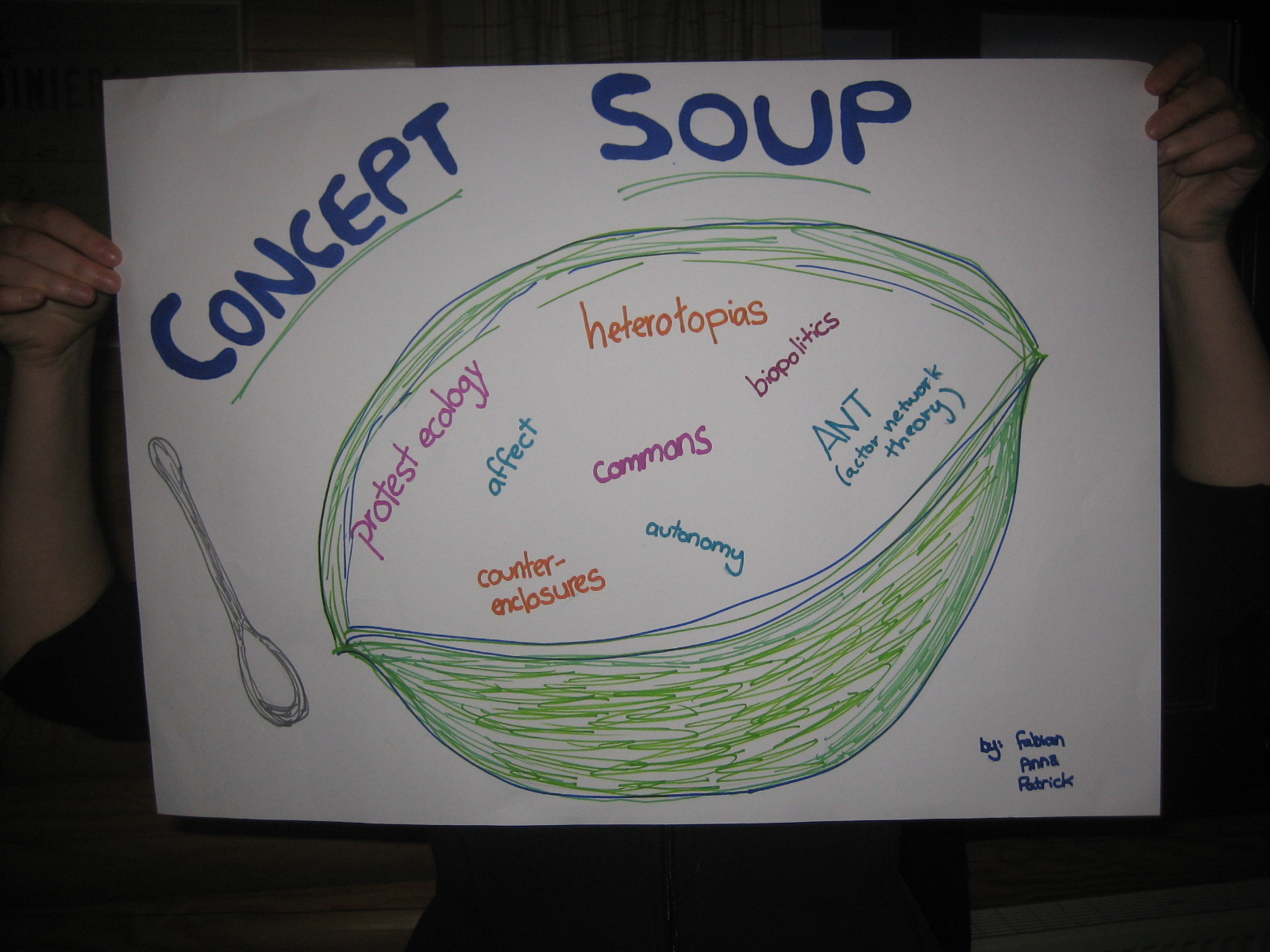 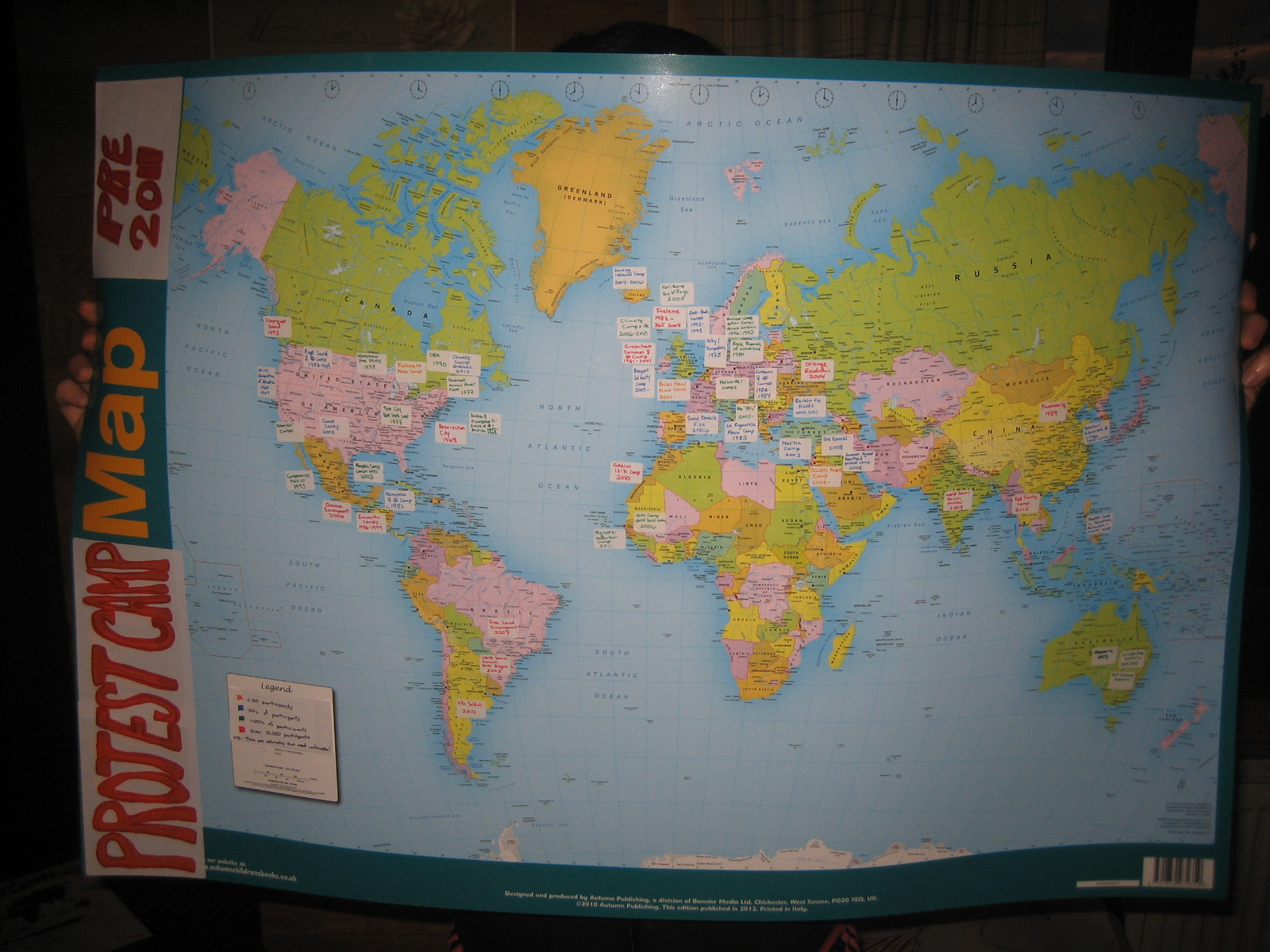 Participants were ‘delighted’ with the ‘wonderful experience’ of the workshop and we took away that protest camps can serve as a useful lense for the study of social movements. Plans are currently underway to pursue further networking events to consolidate the research network in formation. Watch this space. 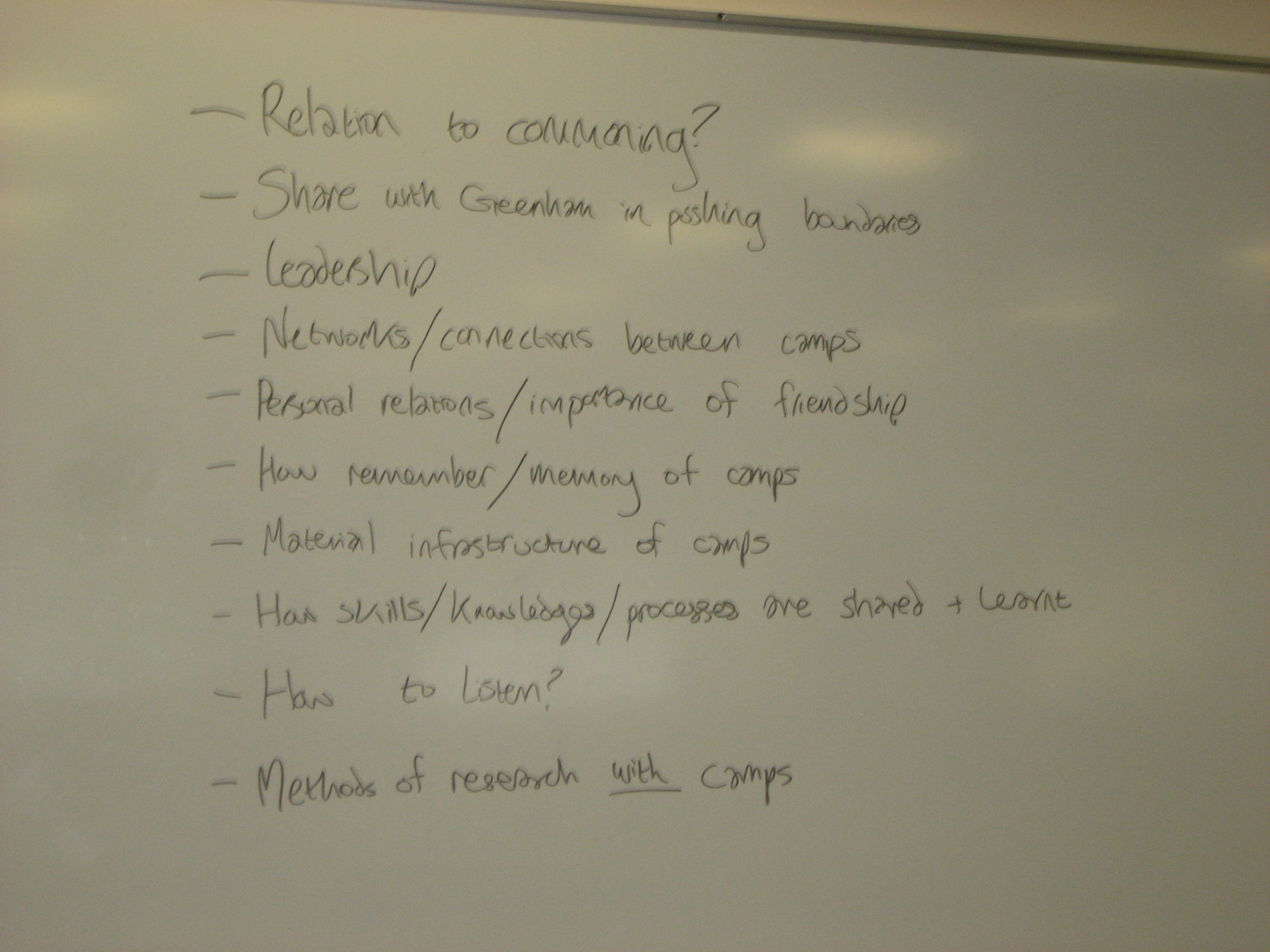 Topics to consider for future research