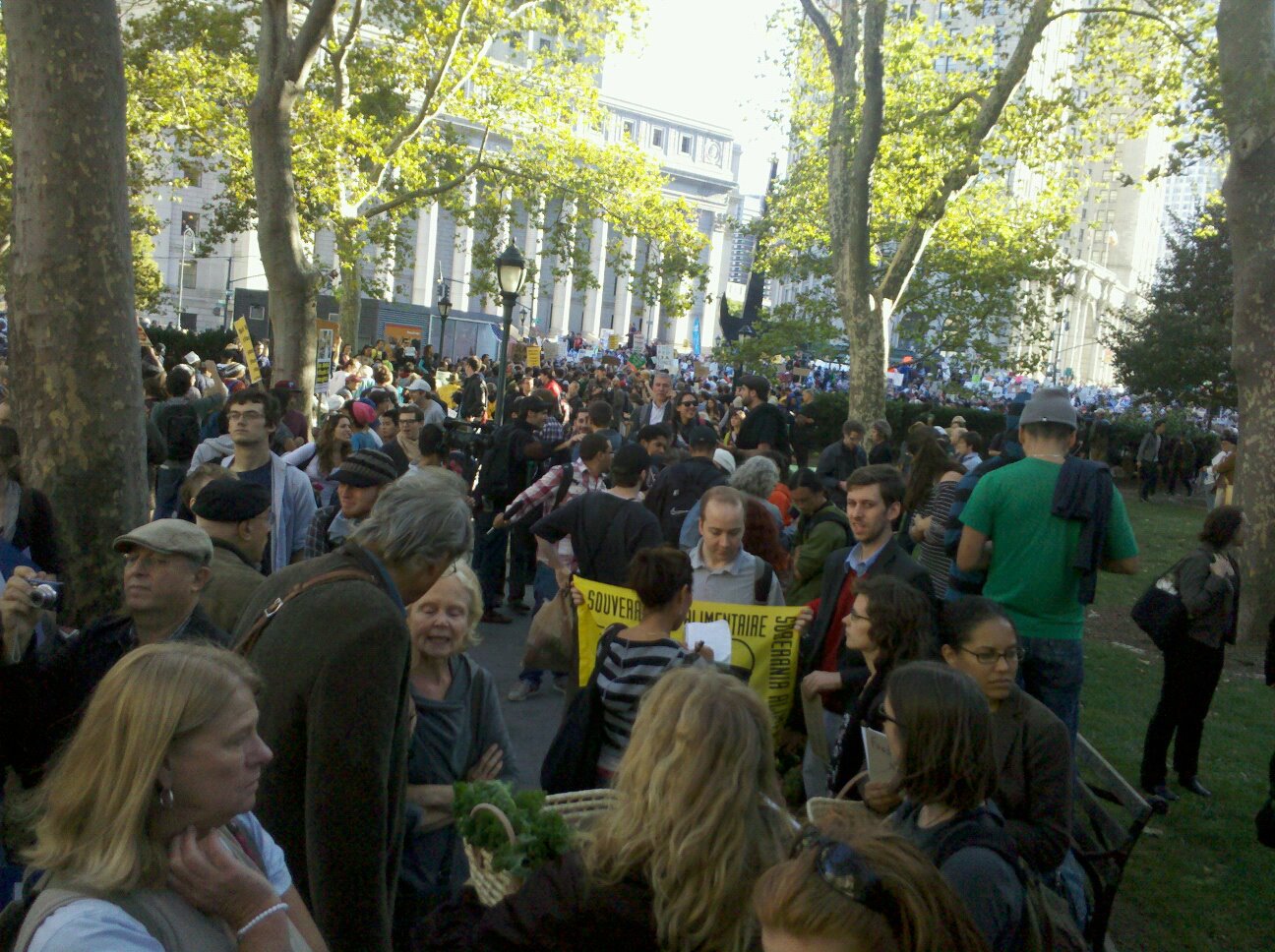 This protest is place-based yet does not seek to claim place as property.
It enacts a ‘reclamation of space’
yet not in the form of confrontation or taking back.
It is not a means of defence against colonialist theft, damaging construction or
corporate contracting–as is often the case with place-based resistance.
Rather, this is protest as reclamation in its life science sense:
‘a recovery from waste.’
A recovery from the emptiness and solemnity of concrete parks
manicured in efforts to breathe life into financial districts.
It is a recovery from the consumerist frenzy and endless tide of tourists snapping up Manhattan.
This occupation, this camp, recovers place.
Frees it from waste through the simple act of using it.

At the same time the right to assemble and occupy is stated by protesters as fact:
This is what this place is for.
Gathering, assembling, discussing, interacting.
Whose streets? Our streets.
Whose Parks? Our Parks.
Whose Squares? Our Squares.
Yet the logic that fuels this place-based coming-together isn’t utopian,
or at least isn’t predominately or primarily an idealistic, youthful quest
for communality.
This is reclamation as analysis of the state of things. Of the state itself.
Whose streets? Our streets.
Our infrastructures are paid for by our taxes taken from our labour given over with our obedience.
And what do we get back?
Trudging through the slew of crappy contracts
ready to be signed in this economy,
it is becoming more and more clear to the 99% that the social one they’ve made
is full of empty promises.

This is reclamation as pragmatism, not dogmatism.

The people currently held in contempt are those that do not pay taxes,
that do not have to obey laws ‘like the rest of us’.
They are the tax dodgers, loopholers, offshore account holders.
Those claiming false expenses, diplomatic immunity, media blackouts.
They want all the rights and liberties without the compromises.
They would rather see empty places go to waste than watch them be used,
be made useful.
They are afraid,
afraid of gathering, assembling, discussing, interacting.

#occupywallstreet: This is not a demand. This is basic reflection.